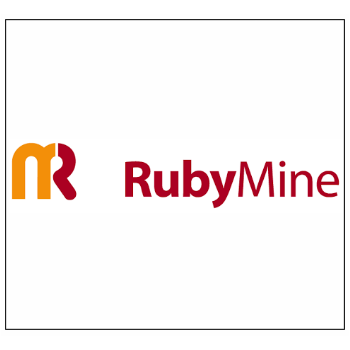 This major RubyMine update polishes all parts of the IDE and adds new features and enhancements to help you write and maintain your code better than ever. Honed to perfection, so your Ruby skills stay razor-sharp.

RubyMine 7 comes with a new plugin that integrates Chef to help you build, deploy and manage your infrastructure. Following the main concepts of Chef the plugin introduces cookbooks, recipes and resources in the IDE. It provides marking/detection options for a cookbook and code insight for a resource and its attributes. Read more »

The Inline Variables View is a new debugging feature that integrates the Variables view right in the Editor, by showing variable values next to their usages.

For those who prefer the console for evaluating and executing while debugging, RubyMine now provides the ability to run the console in the context of a debugging session.

Thanks to your feedback, RubyMine 7 provides smart autocompletion in more situations. YARD attributes and RDoc methods are now recognized by the IDE as method attributes, and are properly suggested in code completion and navigation.

RVM as a Remote SDK

Managing the development environment on virtual machines and remote hosts may take a lot of time and effort. Starting with version 5, RubyMine has allowed you to add and set up a remote SDK. Now this feature is also available for RVM-managed Ruby interpreters.

There are also improvements for vagrant- and deployment-based remote SDK.

Emmet can greatly improve your HTML & CSS workflow. To make snippets more easy to use, RubyMine now provides a preview action that can be enabled in Settings|Editor|Emmet.

Slim strives to maintain simplicity and make your templates easy to read and write. To help increase readability of Slim code, RubyMine now supports formatting action for this template language.

Postfix completion lets you transform an already typed expression in JavaScript or TypeScript to another one based on the postfix you add. Read more »

RubyMine now facilitates your workflow with mobile apps developed with PhoneGap, Apache Cordova and Ionic frameworks. You can create, emulate and deploy apps right from the IDE and have direct access to the Cordova plugin registry. Read more »

Experiment and prototype right in the editor — without creating any new project files! This is possible with RubyMine 7's new feature called Scratch Files. Of course, you can still enjoy top-level coding assistance as you code in Scratch Files. Read more »

The Log viewer for Git and Mercurial has been improved with faster loading and a new Reset Current Branch to Here action. Read more »

The update also comes with a brand new Push dialog for Git and Mercurial. Read more »

The built-in set of tools for SQL developers have been improved in many ways:

This new Editor option makes the backspace key behavior way smarter. Now it doesn't just remove indents and white spaces, but does so according to your code style settings. Read more »

This new option lets RubyMine detect certain Code Style settings (such as Use Tab Character and Indent Size) in the currently edited file on the fly. Read more »